City News
You are at:Home»Community»As Seen in Sugar Hill.

Have you ever watched a movie and recognized an actor from another show you’ve seen? So, you stare and point at the TV screen trying to remember their name. What about when you recognize a location in the background? That’s how we feel here at Sugar Hill! This February, we’re hosting Sugar Hill’s third-annual Broad St. Film Fest and many of the films were shot locally. From drama to romance, no matter how bizarre or interesting the film, we’d recognize our sweet city and its venues anywhere.

Season 4: Although Sugar Hill may not be seen in any scene, the Ozark production crew did use the city as a base camp.

Film crew signs were seen at Ashton Gardens in Sugar Hill just this week. If you want to stay up to date with what may be filming in the area, here’s a link to everything currently being filmed in the state of Georgia. https://www.georgia.org/industries/film-entertainment/georgia-film-tv-production/now-filming-georgia

Now that you know Sugar Hill is movie-industry famous, what’s stopping you from living everyday like it’s a movie?

The Broad St. Film Fest is a gathering of storytellers and audiences seeking new adventures, experiences, and perspectives. Selected films for this year’s program include genres like comedies, documentaries, music videos and animations. Hear from key players in the film industry and learn how to get yourself involved, so the next time your favorite TV show is filming in our city you have the opportunity to be more than a fan.

The Broad St. Film Fest may be virtual this year, but attendees can still network with filmmakers, participate in educational and inspirational skill development workshops, all while getting exclusive access to national and international films crafted by aspiring filmmakers, actors, and performers.

Step 3 – Vote for your favorite.

After watching selected films, audiences will decide the winner for the first-annual People’s Choice Award, presented to one new film at the close of the festival.

Purchase your ticket today and take the first step into the life of a movie star! https://filmfreeway.com/BroadStFilmFest/tickets 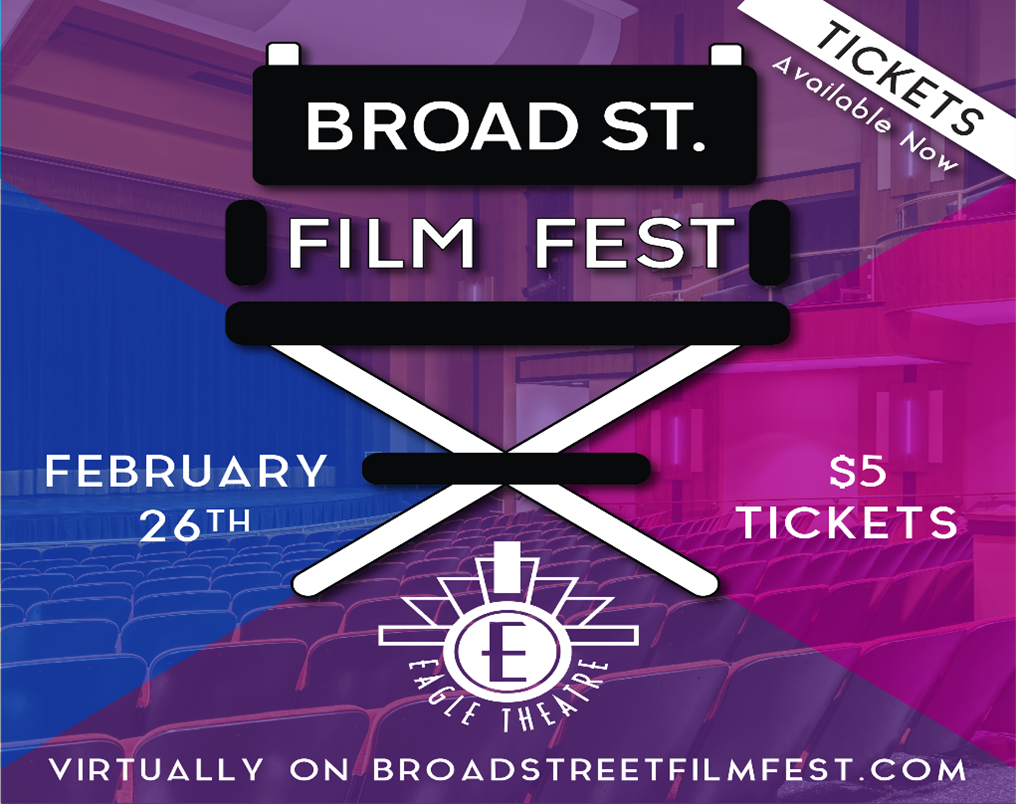