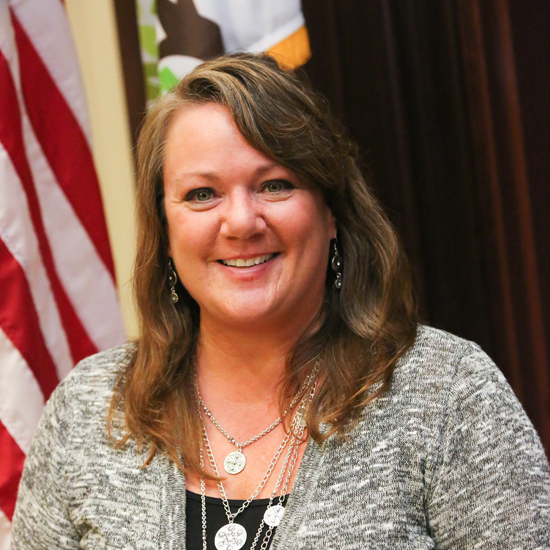 Susie obtained her Business Degree and worked as a Business Analyst for almost 13 years at SAGE, a software company. She now serves as a Sales Enablement Curriculum Developer and Trainer with the same company. As a Georgia Master Gardener, Susie has assisted in the design and implementation of our city’s Community Gardens where she continues to serve on the Garden Committee. She assisted with the start of the first Gwinnett Sugar Hill Women’s Club and remains an active Charter member. Susie and her fellow Council Member, Brandon Hembree, were an integral part of pioneering the beginning of the Sugar Hill Greenway.

Susie has been a Sugar Hill resident for over 37 years. Her daughter was born and raised in this sweet hometown, attended Sugar Hill Elementary and then graduated from North Gwinnett High School. Susie feels extremely lucky as she was able to have her parents move here as well and this has now been their home for over 20 years. She is now married to her best friend, Chris Walker, who also volunteers and loves the city as Susie does. They have been married for two years and now work as a team serving the community. She has always been heavily involved in the community with clubs, PTA, serving as head soccer coach for Atlanta Fire for 9 years, a member of her neighborhood Homeowner’s Association as well as many other volunteer activities. Susie has a deep seeded love for the city and knew early on it was her home.

Susie served on the campaign committee for the previous Mayor, Gary Pirkle, as well as serving on the committee for the current Mayor, Steve Edwards for his first run for City Council which was held in 2003. She also served on the campaign committee for former Council Member, Mike Sullivan as well. When former Council Member Clint Thompson stepped down, he suggested that Susie run for his seat. She had played such a large roll in assisting so many get elected and was deep-seated in the community. Mayor Steve Edwards suggested she run as well, and the rest is history. Susie serves because of her love for this city… for her hometown. Anyone that knows her, knows that a hug is forthcoming. The ones that do not…. a hug is still forthcoming.