City News
You are at:Home»Community»Players Guild Donates over $4,000 to American Cancer Society 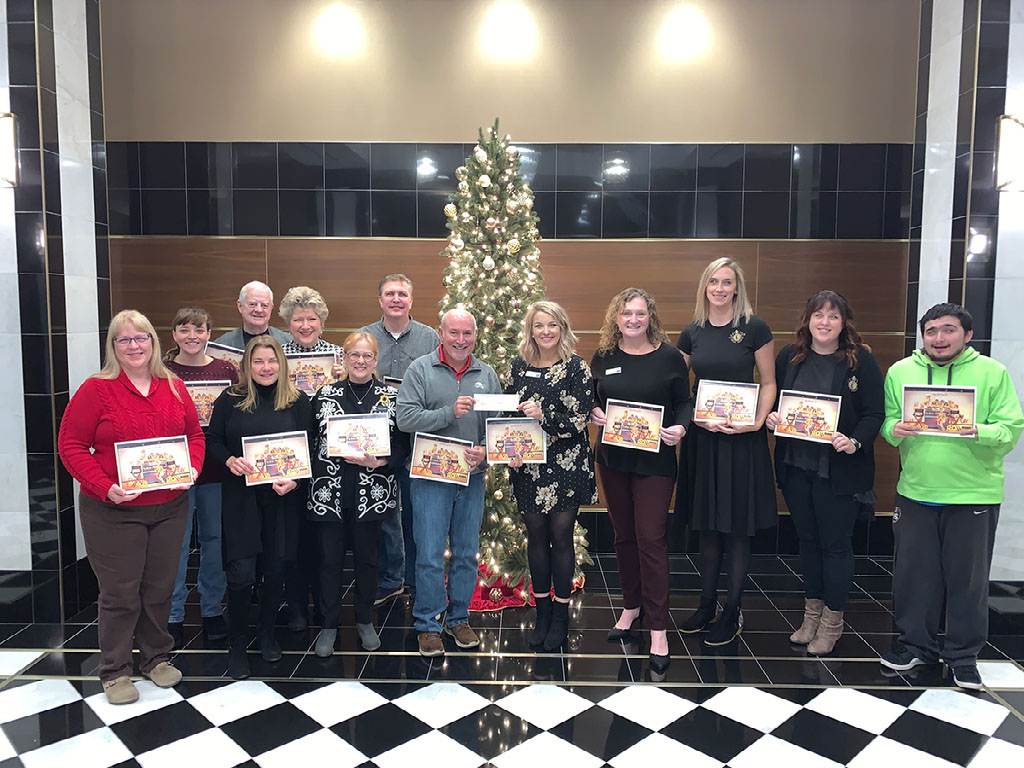 Mayor Steve Edwards and The Players Guild at Sugar Hill presented a $4,187 donation to the American Cancer Society on December 18th at The Eagle Theatre. The donation was made possible when the cast and crew became inspired during the planning and rehearsal process of the production, Calendar Girls. In the play, the ladies of England’s Women’s Institute made a calendar to raise money for a memorial for one of their member’s husband. In the same spirit, the cast and crew of Players Guild cast decided to research and create a calendar in an effort to raise money for the American Cancer Society. They raised funds to cover all costs of printing the calendar and was therefore able to use 100% of the proceeds for the donation. Caroline McKeon of the American Cancer Society received the donation on behalf of the society joined by Ane Mulligan, members of the cast and crew of Calendar Girls, Mayor Edwards and The Eagle Theatre manager and staff. We appreciate the time and compassion demonstrated by the cast, crew and all involved in the donation to this nationwide voluntary health organization dedicated to eliminating cancer.