Sugar Hill has earned a reputation for bringing a variety of musical genres that appeal to every audience and music genre to The Bowl. Fill your cooler with drinks and snacks, then head to The Bowl for a night filled with live music. Located in Downtown Sugar Hill, concert goers have all the amenities the city has to offer within a few footsteps including restaurants, shops, a history museum, art gallery, The Eagle Theatre and more.

You’ll find a spot for your vehicle on the upper deck of City Hall*, the lower deck under the Eagle Theatre, along W. Broad Street and Hillcrest and surrounding areas. *Parking on the deck below City Hall is reserved for those with ADA stickers.

Patrons are allowed to bring in their own food and drinks both alcoholic and non-alcoholic. Glass is not allowed in the venue and coolers must be able to fit under your seat. Concession stands and local restaurants are available for purchase.

The Bowl’s upcoming performances include: 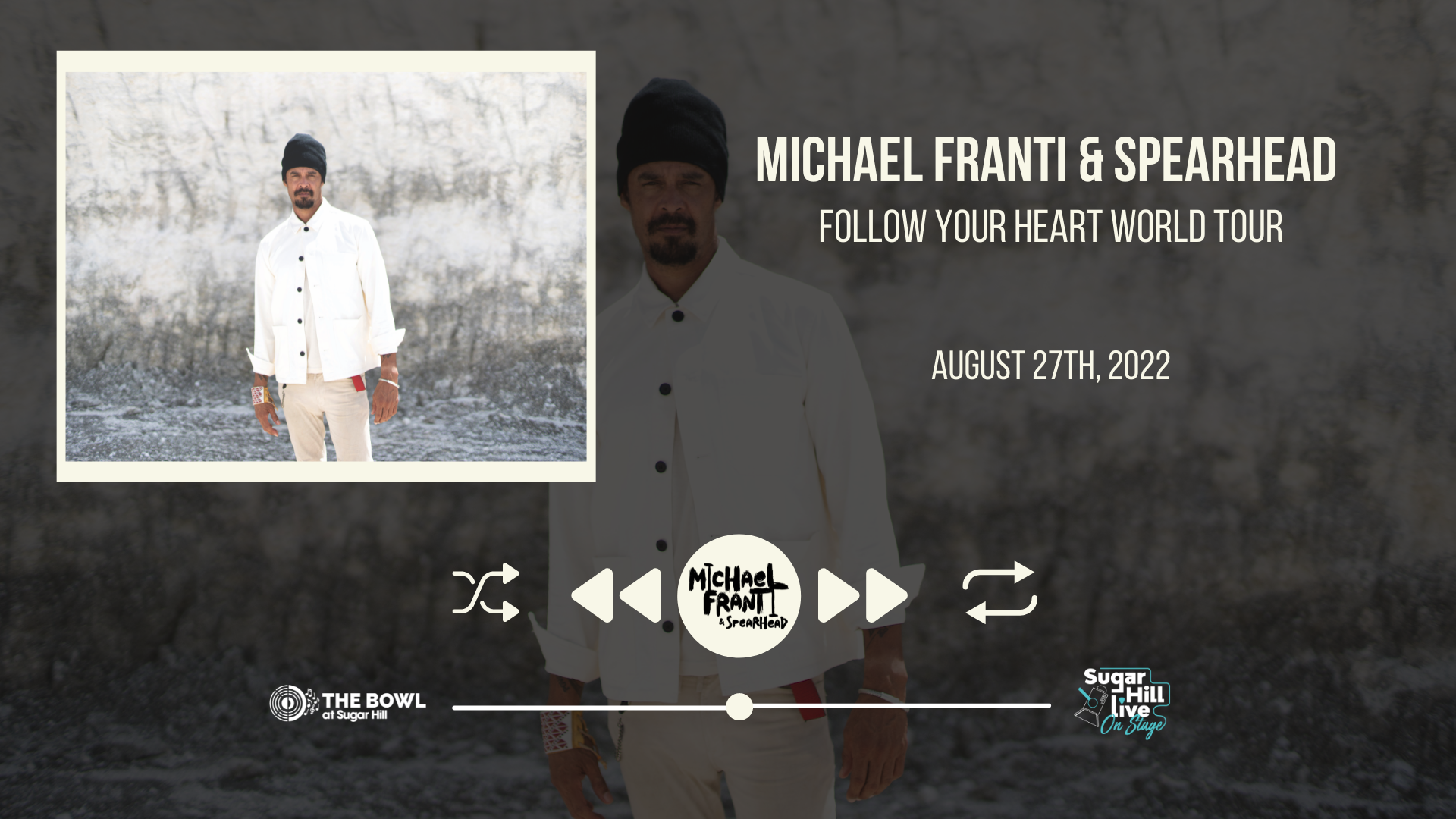 About: We’re saying HEY to Michael Franti & Spearhead. Performing on August 27 at The Bowl, Michael Franti is bringing his high-energy, inspiring music and optimism to The Bowl.

Throughout his multidecade career, Franti has earned three Billboard No. 1’s with triumphantly hopeful hits “Sound of Sunshine,” “Say Hey (I Love You)” and “I Got You,” as well as six Top 30 Hot AC singles, nine Top 25 AAA Singles and three Billboard Top 5 Rock Albums. “I Got You,” lead single from his latest album Work Hard And Be Nice, marked Franti’s first No. 1 in nearly 10 years and landed on NPR’s “Most Popular Songs of 2020,” while the music video boasts over 1.3 million views since its release. 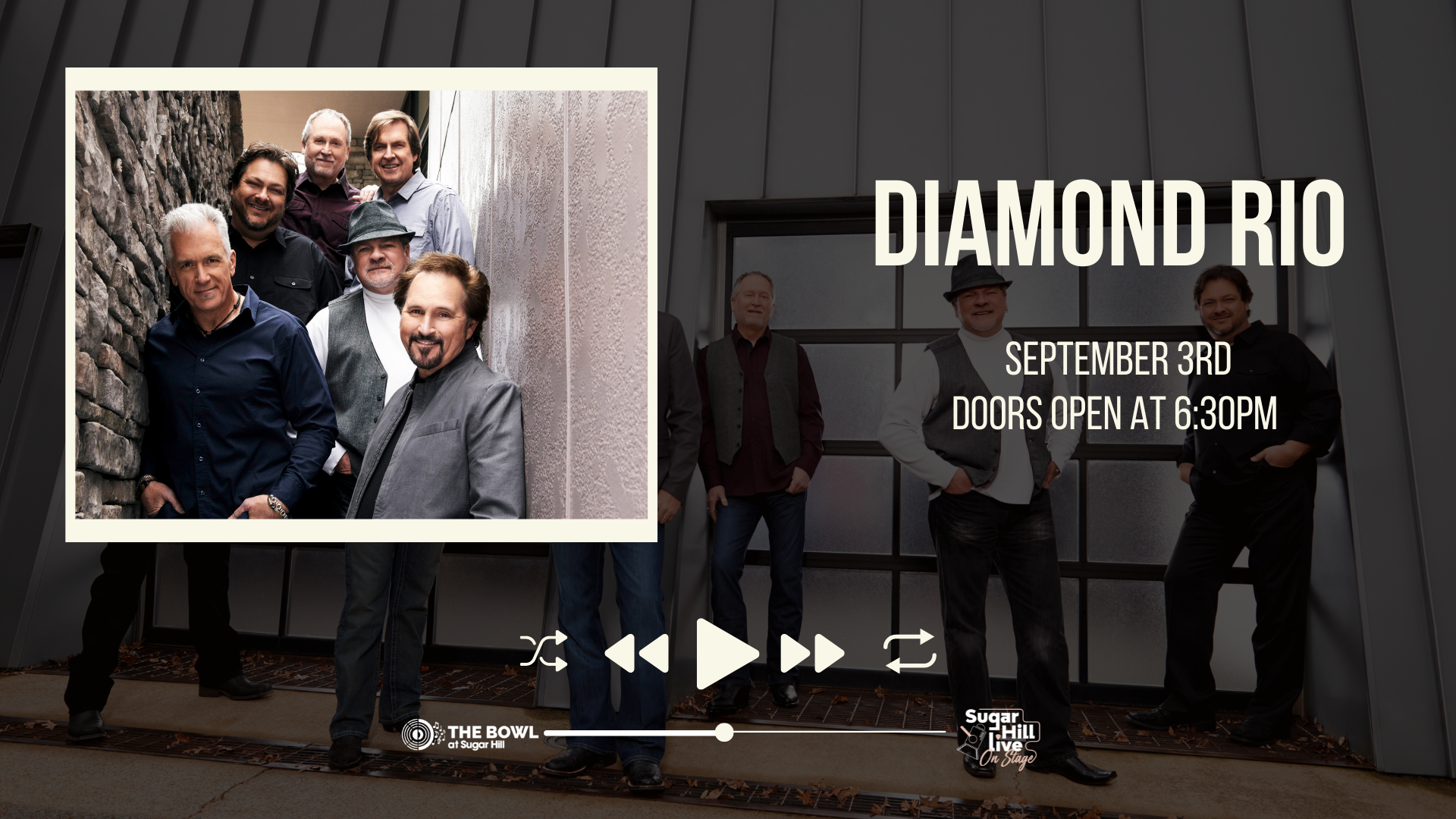 About: Let’s “Meet In The Middle” to watch Diamond Rio perform at The Bowl on September 3!

Diamond Rio signed to Arista Records and in 1991 with the release of “Meet In The Middle” became the first country music group in history to reach No. 1 with a debut single. The band is also known for their hits “How Your Love Makes Me Feel,” “One More Day,” “Beautiful Mess,” “Unbelievable,” “In A Week or Two,” and more. They released their first-ever autobiography, Beautiful Mess: The Story of Diamond Rio on Thomas Nelson in 2009.

We hope you make it to The Bowl on September 3 to hear Diamond Rio’s most recent album release I Made It.

See you there for a night filled with the very best of country music.

Who: The Robert Cray Band

About: It’s “funky, cool, and bad,” and he’s bringing it all to The Bowl. On Saturday, September 24, Robert Cray is performing sounds that rise from American roots, blues, soul, and R&B.

Over the past four decades, Cray has received five Grammy awards, produced 20 acclaimed studio albums, and recorded a bundle of live albums that landed him in the Blues Hall of Fame. On That’s What I Heard, Robert celebrates the music of Curtis Mayfield, Bobby “Blue” Bland, The Sensational Nightingales and more, alongside four newly written songs.

The music on That’s What I Heard falls into two camps, the sweet and the funky. Of the former, “You’re the One” comes from the Bobby “Blue” Bland songbook. “There’s this thing where I feel you kind of gotta get out of your own head when you’re covering one of your heroes,” Cray explained. “Bobby’s one of those. You just let yourself go, and do the song because you love it.”

Let’s get up and grooving at The Bowl for Sugar Hill Live On Stage with Robert Cray as he showcases his gratitude to his musical heroes.

Incorporated in 1939, the City of Sugar Hill is a northern suburb of metro Atlanta and the third largest city in Gwinnett County. What began as “the hill where the sugar spilled” is a thriving live/work/play city where residents and visitors enjoy “the sweet life.”