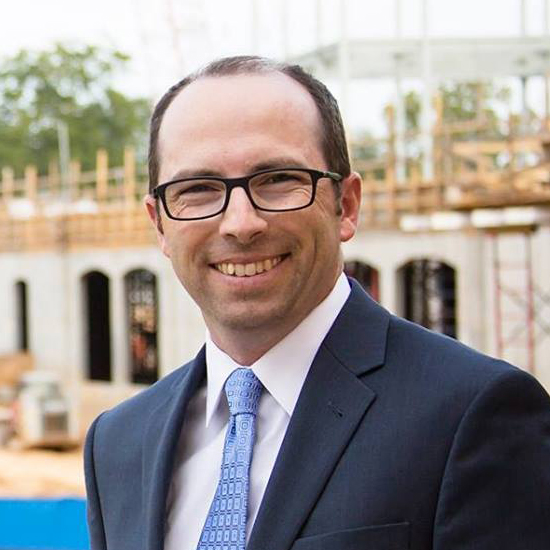 Taylor and his wife Liz live in the Wild Timber subdivision with their two children, Nicklaus and Lauren and their dogs Elly, Indy and Scout. Taylor owns Blue Landworks, a civil engineering and land surveying company, located in downtown Sugar Hill and is a registered Professional Engineer in Georgia, North Carolina, South Carolina, and Texas. He was born in Bloomington, Indiana where he grew up with his younger brother on 23 acres of woods. He spent much of his childhood exploring the creeks and forest on the property and developed a love of the outdoors. After high school, he attended Purdue University, where he met Liz and graduated with a Bachelor of Science degree in civil engineering. After graduating, he went to work for a civil engineering and land surveying firm in Milwaukee, Wisconsin.

In 2000, Taylor and Liz moved to Georgia where he took a position with a civil engineering and land surveying firm in Duluth. In 2004, they moved to the Wild Timber subdivision in Sugar Hill and in 2008, Taylor started his company. He grew the company from a sole proprietorship to a full-service firm that has been recognized as a Pinnacle Award-winning company by the Gwinnett Chamber and has been a finalist for other local and regional awards. Taylor has also been recognized by Partnership Gwinnett with the Economic Development Influence Award and Economic Development Award of Excellence for his contributions to the community. He has served in various community leadership roles, including the SPLOST Citizens Project Selection Committee, chaired Gwinnett County’s Development Advisory Committee, chaired Goal 3 – Community Development for Partnership Gwinnett, among others and is a graduate of Leadership Gwinnett.

Taylor began serving the City of Sugar Hill in 2012 when he was appointed to the Downtown Development Authority (DDA). He was elected secretary in his first year, vice-chairman in his second year and then served as the DDA’s chairman until being sworn into office in 2018. Taylor now serves the city on City Council – Post 5. He has a passion for redevelopment, downtown and community development, and economic development.