Permanent signage for The Local and Cantina Loca have been installed. The restaurant is now open to the public. 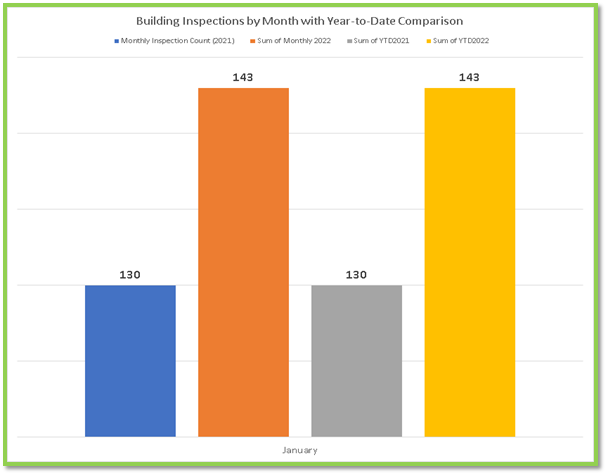 Chief Marshal King and Deputy Marshals Collazo and Smith continue to work on the department’s standard operating procedures (SOP) and putting in place necessary letter agreements with area law enforcement agencies and an Intergovernmental Agreement (IGA) regarding communications with Gwinnett County. The IGA is in the office of the County Attorney awaiting approval and signature.

The department has also been spending time acquiring office equipment as well as items for each officer to include uniforms, firearms, vehicles, and communication equipment.

The entire team has been involved in drafting the job descriptions for the final three members of the department. The expected hire date for the department’s Administrative Assistant is March 1, 2022. The remaining two marshals are expected to be onboarded no later than April 15, 2022.

The office assisted the School Resource Officers (SROs) with hard lock down drills for Lanier Middle School and continue to work with internal staff on public safety issues such as greenway locators, business license compliance and facility security.

Parks. All-In Futbol Club held academy practices and camps throughout the month of January in Gary Pirkle Park. The playground, pathways and pavilion were cleaned in preparation for the spring activities and programming. In the Community Garden, a total of 29 garden plots were refreshed and 18 new garden plots were installed as part of the expansion project.

Downtown and City Hall. The remaining holiday decorations were removed throughout the downtown area. For remaining light strands on buildings, staff is making a weekly task to check and replace lights to those areas accessible without lifts or ladders. The water features at the E Center and the Veterans Memorial Park were cleaned and several repairs were completed on the Splash Pad.

Ice Rink. The venue remained extremely popular during the month of January. Guests can enjoy the rink until its closure on the 20th of February.

Golf.  Several private banquets were held at the clubhouse this past month. Quotes were collected for driving range safety nets and hitting mats so these can be installed prior to the spring season. Over 20 Sugar Hill Golf Association (SHGA) members attended the kick-off party in celebration of the upcoming season with the ABC Scramble Tournament planned for the 19th of this month. The SHGA meeting and membership drive will be held within the next month. For more information on becoming a SHGA member or course information, contact our pro shop staff at the Golf Course by calling 770-271-0519.

Community. In January we announced our Volunteer of the Year winner, Mike Sullivan, for his work with our Youth Council. Also announced were the winners of the Susan Roebuck Community Champions, Kathy and Bill Harding, for their many events, initiatives, and projects they continually support in Sugar Hill. Congratulations to these three for all their time and dedication they put forth for our community.

Events. The first Players Guild production of the year began this month. Clue: On Stage is a madcap comedy that will keep you guessing until the final twist. The production will run through February 20th at The Eagle Theatre.

The Broad St. Film Fest begins on February 25th and movies will be available virtually through the 1st of March. On March 8th, the movie, Knives Out, will be shown at The Eagle at 10:30 AM and 6:30 PM. 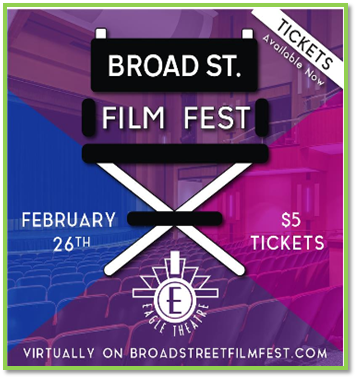 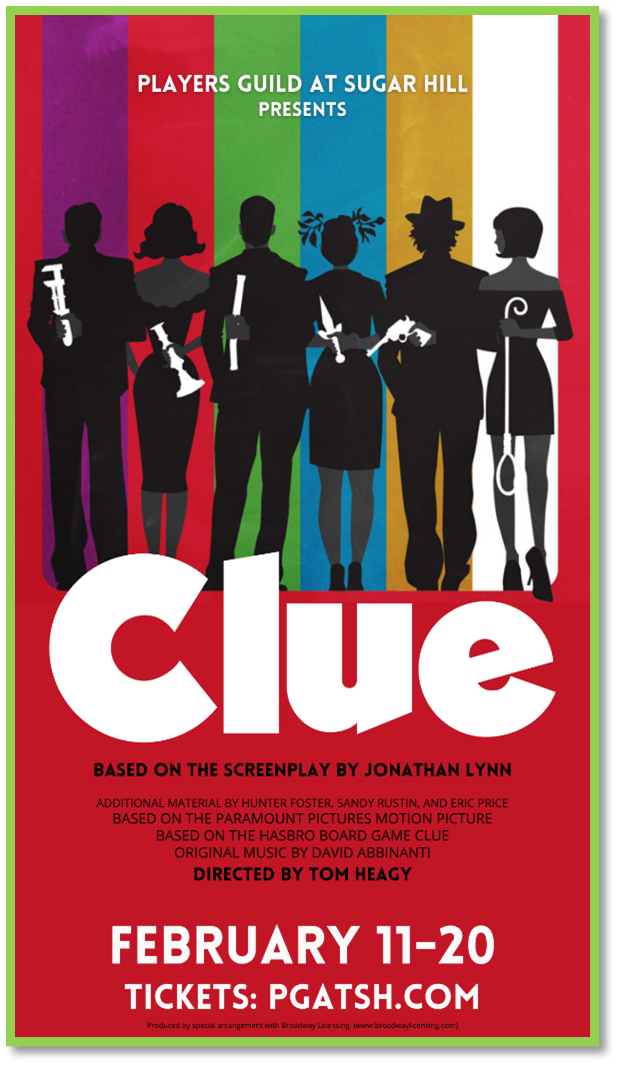 The city held their first Valentine’s Market on the Promenade on Sunday with an estimated 200 guests in attendance and 10 local business vendors. This was an opportunity for local businesses to have a “storefront” for an afternoon. The event featured shopping and live music from 11:00 AM to 6:00 PM. Many of the guests enjoyed the event after attending their church service, after brunch at the local restaurants or before attending the 3:00 PM production of Clue at The Eagle. Our brick- and-mortar businesses were encouraged to offer promotions and remain open for this event. Due to the success of the event, we plan to hold more like it in the future. 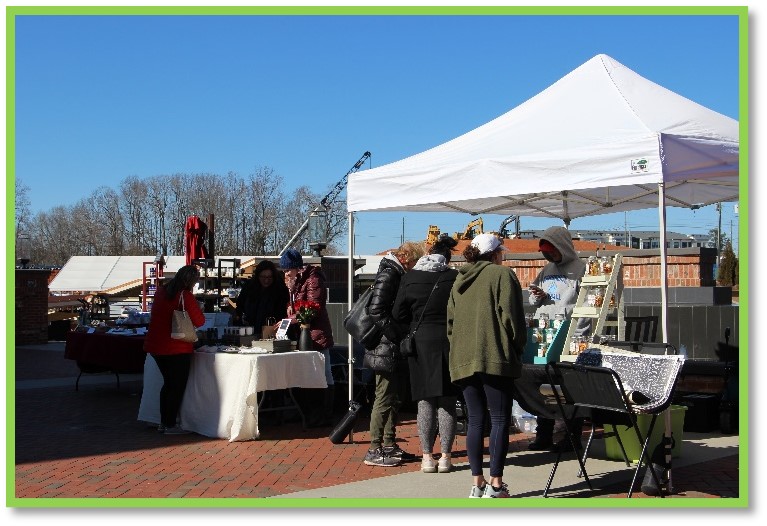 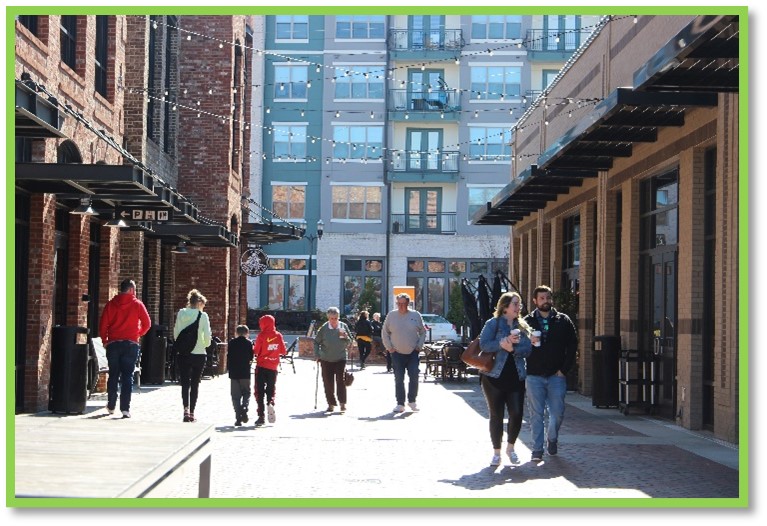 Gas Department.  We have installed 6,946 transmitters in our AMR system to date, adding some 657 to the total during the last month. Our utility locating staff completed services on 474 sites and worked with our construction contractors on various sites around the city to protect our underground utilities. Staff has been working through regulatory compliance tasks, new service installations, and 109 other service requests to round out the workload last month.

Street & Stormwater Department.  Yard debris operations delivered 1 load of mulch and had 64 truckloads of bagged clippings collected. This resulted in 8 loads of debris to the disposal site. We had three (3) open-top dumpster rentals, up slightly from December. The stormwater staff kept busy with our regulatory compliance program inspections along with pre- and post-storm event drain cleaning. The right-of-way maintenance crews assisted with cemetery work and preparation for the next phase of construction in the Historic Downtown Cemetery.

Sugar Hill Greenway Trail.  Weather is improving and TriScapes Construction (TSI), the city’s general contractor is making significant progress in the natural area from Peachtree Industrial Boulevard (PIB) to Level Creek Road. This section has been graded and gravel base installed and is waiting on scheduling the asphalt paving. TSI is in the final weeks of work in the natural areas between Level Creek and Whitehead across GDOT right-of-way formerly reserved for the Northern Arc.  These areas are where the bridges and boardwalk segments are taking the most time with very soft soils and more critical geotechnical requirements. 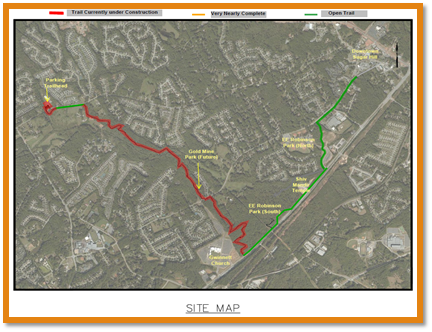 Sugar Hill Greenway Trail Wayfaring & Sign Program. The sign package is nearing the production stage as the final edits were made to the logos and design elements in January. 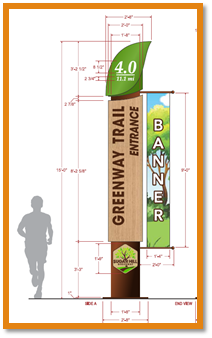 Gold Mine Park.  TriScapes has placed the restroom building and tied in the utility service during January.  Grading, stormwater pipes, water lines, and a sewer lift station has been completed or installed.  A landscaped berm will be constructed to the south to help screen new residential construction from the project site. Paving should begin once the bridge on the Greenway is in place and the heavy equipment is removed.  The proposed park, which includes vehicle and bicycle parking, a restroom building and mine entrance overlook, serves as a trailhead on the city’s greenway and offers a chance for guests to learn more about the city’s gold mining history.

In the month of January, 132 new gas service applications and 96 disconnects were processed. A total of 27 new meters were installed and there were 11,817 meters billed in the month of January. A total of 16 new businesses applied for a license and the renewal process for existing businesses is going well with nearly half of the businesses paid in full. The total gross amount for business licenses to date is $277,983.41. A total of 194 passports and 158 photos were processed this past month. The department is experiencing an increase in passport applications compared to the numbers at this time last year. Customer Service welcomes a new employee, Julie Hamilton. Julie comes to us from the City of Duluth where she served in the Municipal Court. Her experience will be a great asset to the department as she can assist in our court as well.