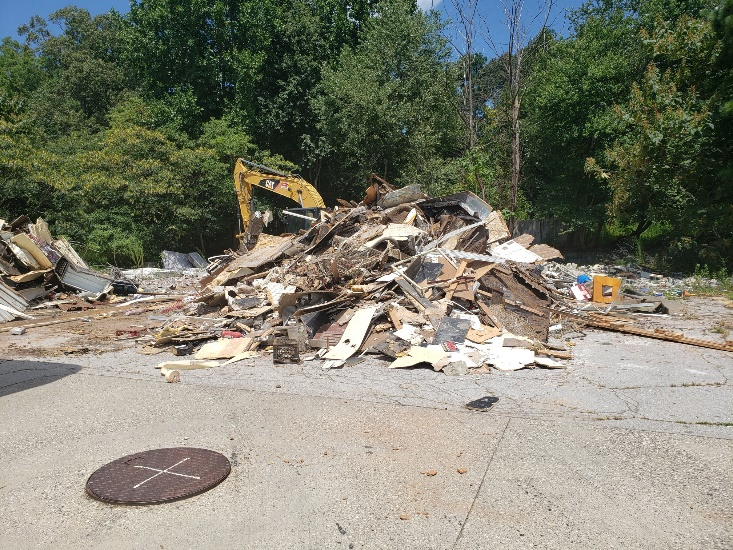 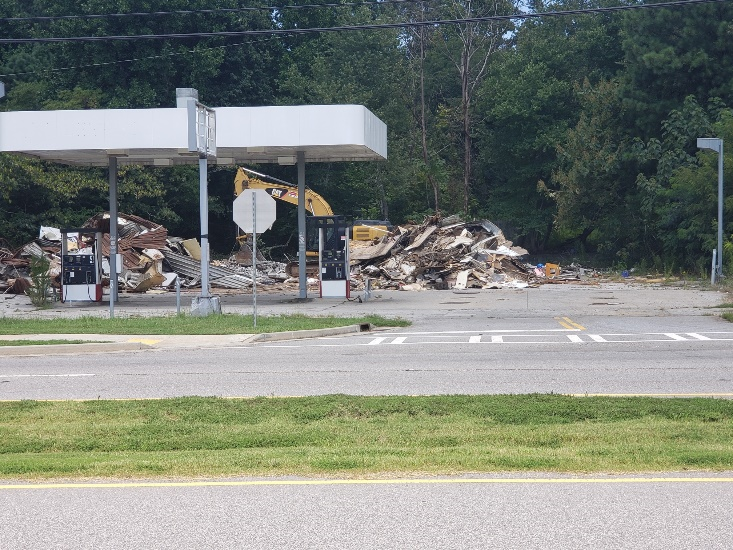 Sugar Hill Greenway.  Work is still progressing slowly on the Peachtree Industrial portion (Phase 1B) of the greenway, with 90 of the trail constructed.  Backfilling the shoulders, moving the guardrail, raising a hydrant are some of the remaining tasks before this segment is complete and can be opened to traffic.  The plans for the balance of Phase 1 has been approved for construction and work is expected to begin in early September.  This project is funded through a combination of city and county SPLOST funds by way of an intergovernmental agreement.

COVID-19 / City Hall Transaction Windows.  Transaction windows have been installed at the Customer Service desk and at the Post Office over the last several months.  The ADA counter (right side window) at the Post Office required specialty hardware that has delayed installation.  In addition, new lobby improvements (transaction window) at the Planning & Development office are in final design as well.  Portable, stand-mounted hand sanitizing stations are being installed at all of our facility lobbies.

E Center.  Installation of a new epoxy floor coating for the common areas of the entire building is at the finish line.  Clean-up, painting, and touch-up work remain to be completed before the contract can be closed out.  New South Construction is chasing down a few leaky windows in the gym and has a couple of other warranty items they are working as well. 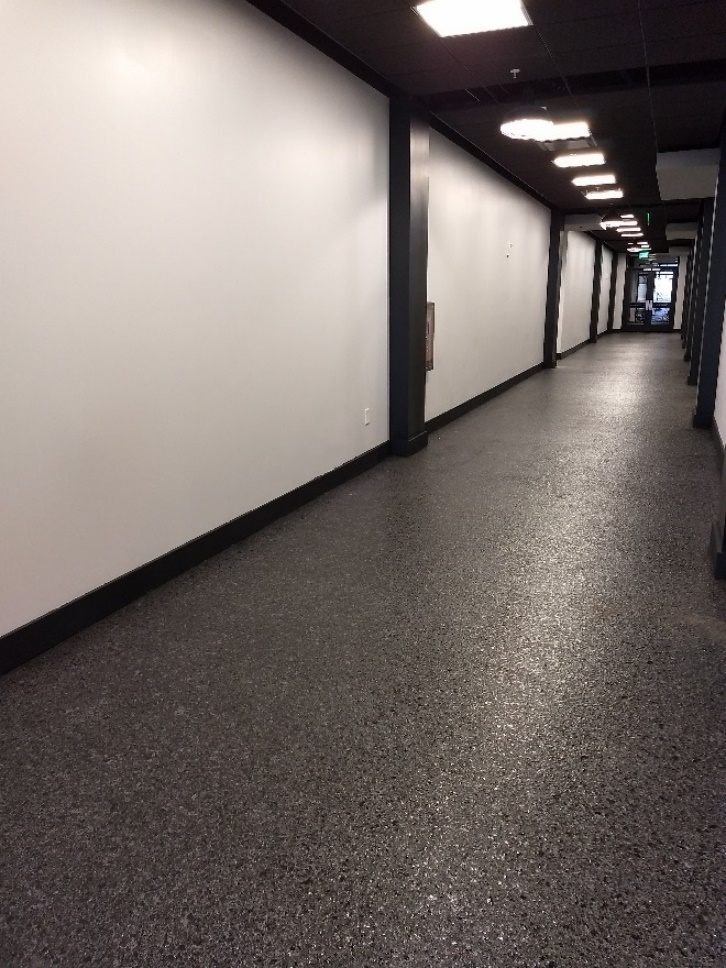 6-inch wood base has been installed in the E Center 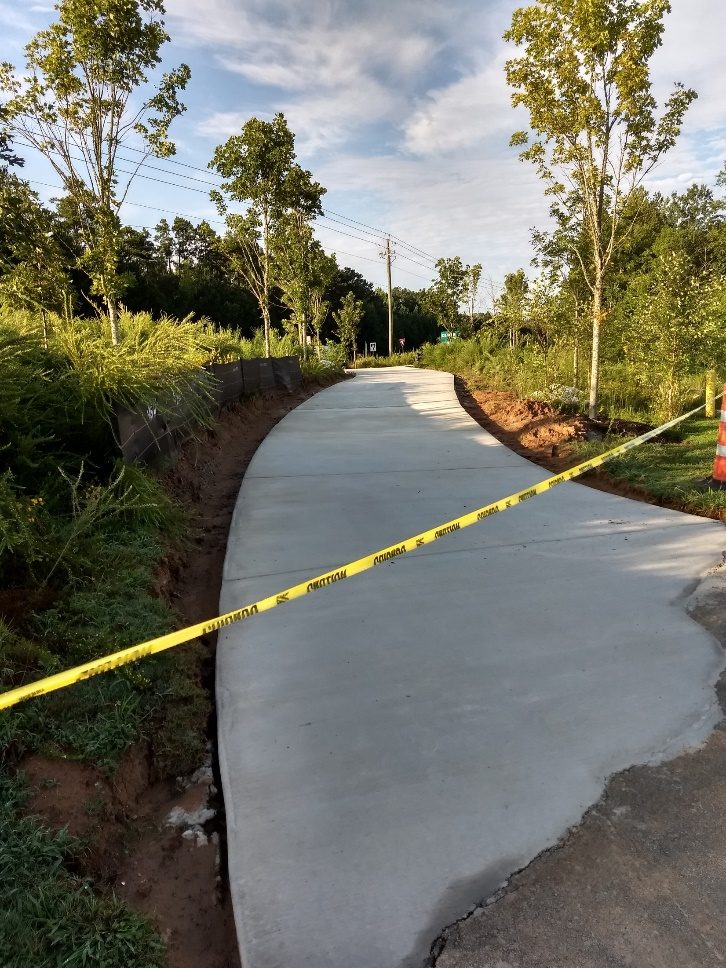 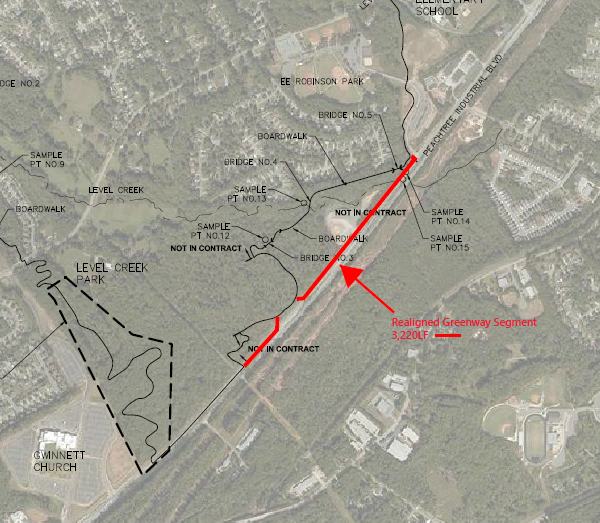 Gary Pirkle Park Field Expansion.  Project has gotten underway with the mobilization and erosion control installation having been completed. 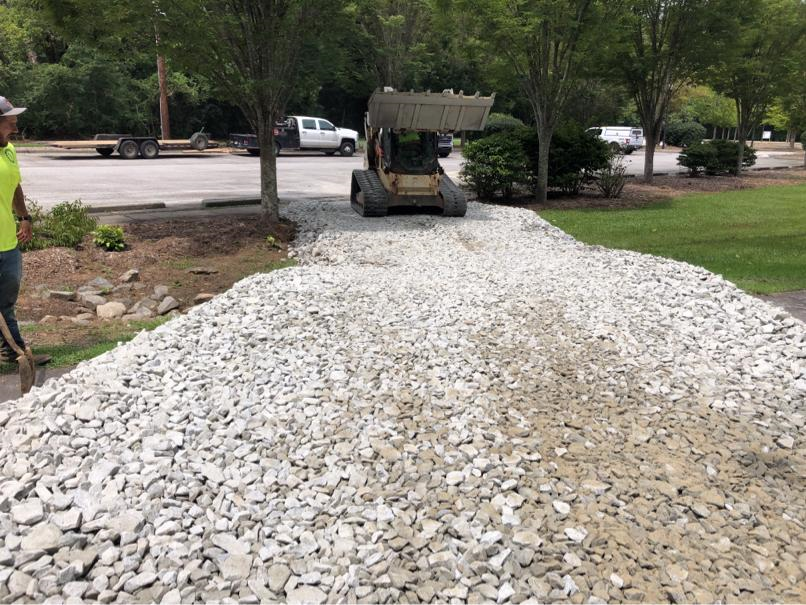 Art/History Room Buildout at Broadstone.  Bids have been received, are in review and a recommendation is being prepared for contract award.

Gold Mine Park.  Project is ready for the bid phase.

Stormwater Pipe Lining Projects.  Work is gearing up to line several stormwater pipes in need of repair.  The proposed trenchless method is a cured-in-place-pipe (CIPP) system that seals and structurally supports the conduit using the older, metal pipe as the formwork for the liner.  Work totaling some 470 linear feet of pipe is proposed during this project cycle on the following roads:

Veterans Memorial Relocation.  The contract closeout is wrapping up and focus is transitioning to operations, security, and commemorative paver sales.

2019 Bowl Improvements.  Project has been closed out and is complete.

Whitehead / Suwanee Dam Sidewalks.  Contract with Chattahoochee Group has been closed out.