Sugar Hill Greenway.  Construction is substantially complete on the Ohmshiv Construction (OSC) contract on Whitehead Road AND Peachtree Industrial Boulevard.  The contractor and project management team completed a punch list inspection on December 3 and a short list of items for correction have been generated.  Overall, the project has turned out well with a very good framework of trail segments completed on the two roads.  This project, as you may know, is funded from our SPLOST joint transportation program where the county funds 81% of the cost and the city is on the hook for only 19%.  It has been a very successful program that has produced sidewalks and pedestrian facilities in and around the greater Sugar Hill area for those looking for improved health, wellness, and alternative transportation options. 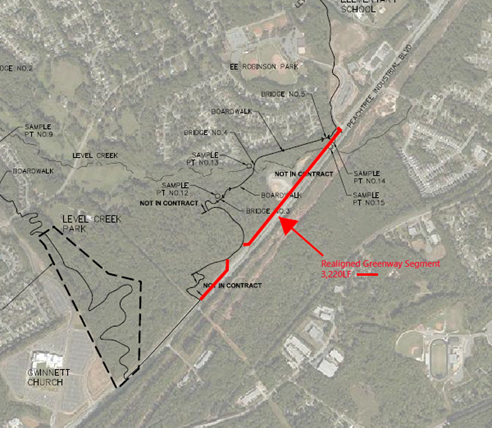 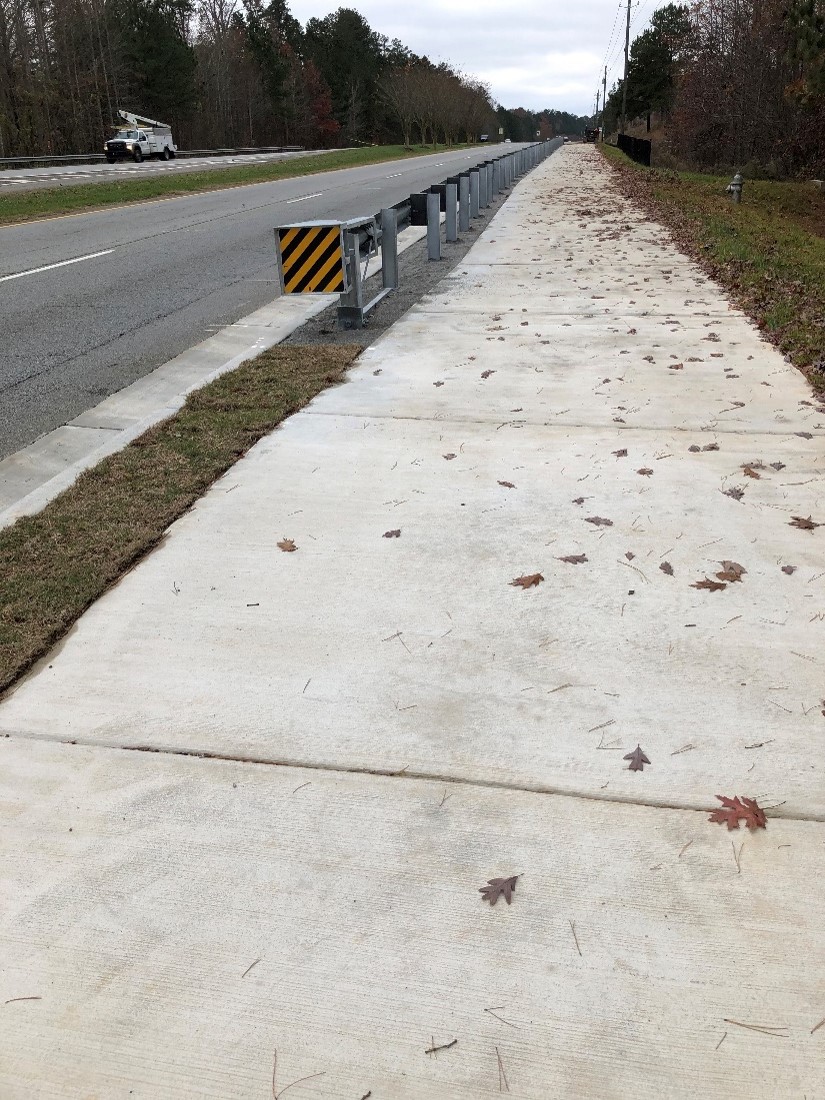 TriScapes Construction (TSI) has initiated construction on the major segment of greenway trail construction connecting downtown with EE Robinson Park and the aforementioned OSC scope of work.  The TSI contract will encompass about 4 and a half miles of trail construction, beginning at the intersection of Level Creek Road and Church Street and extending both along roadways and through natural areas to Whitehead Road, temporarily ending at a trailhead parking lot at the Bethany UMC Church located at 144 Whitehead Road near the new bridge. Construction has begun on the first stage of this contract beginning at Church Street on Level Creek Road and extending to EE Robinson Park.  The short segment in front of Sugar Hill Elementary has been completed and will include a short retaining wall.  The northern end of the project stage is undergoing drainage improvements at the Castlegate townhomes and the Housing Authority before moving into trail construction.  Driveways will be temporarily impacted and the residents have been notified with ample coordination of construction effects prior to starting. 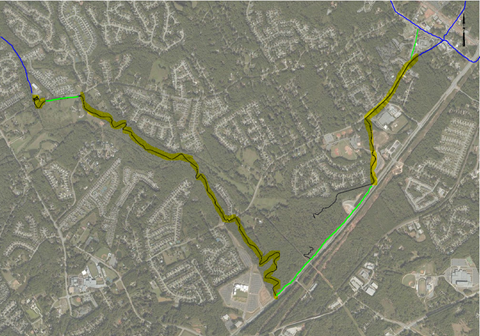 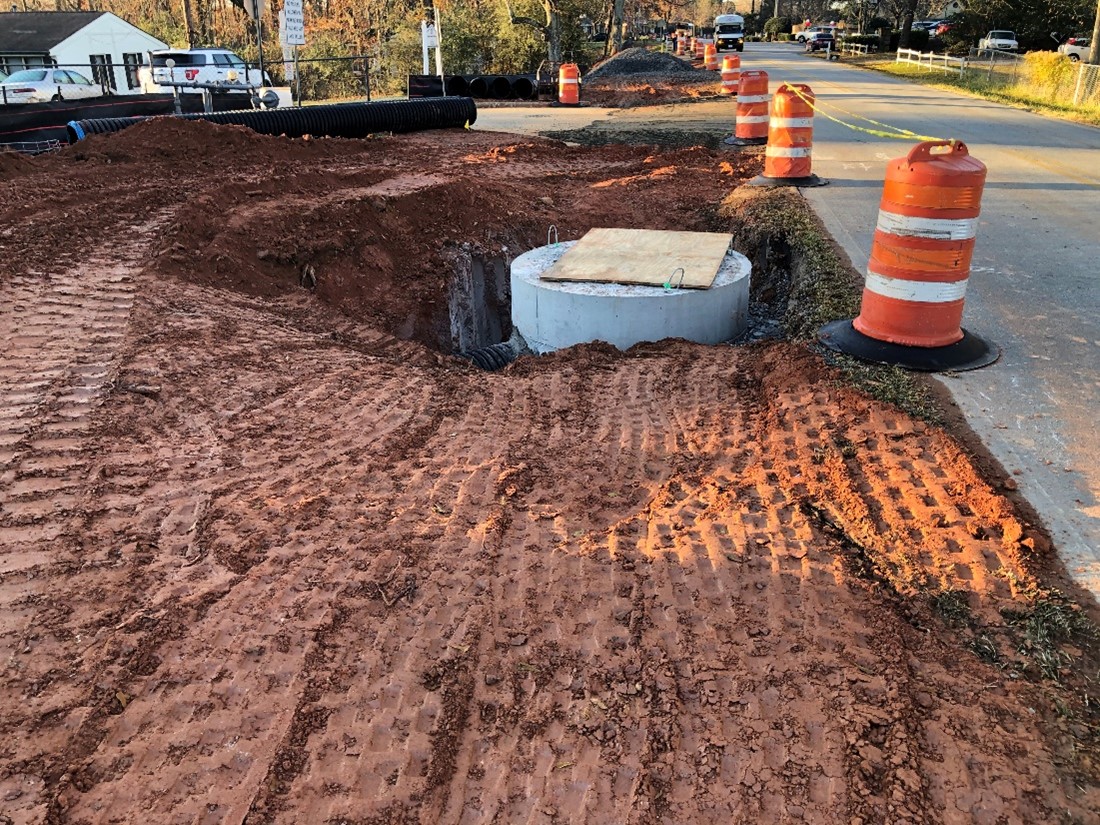 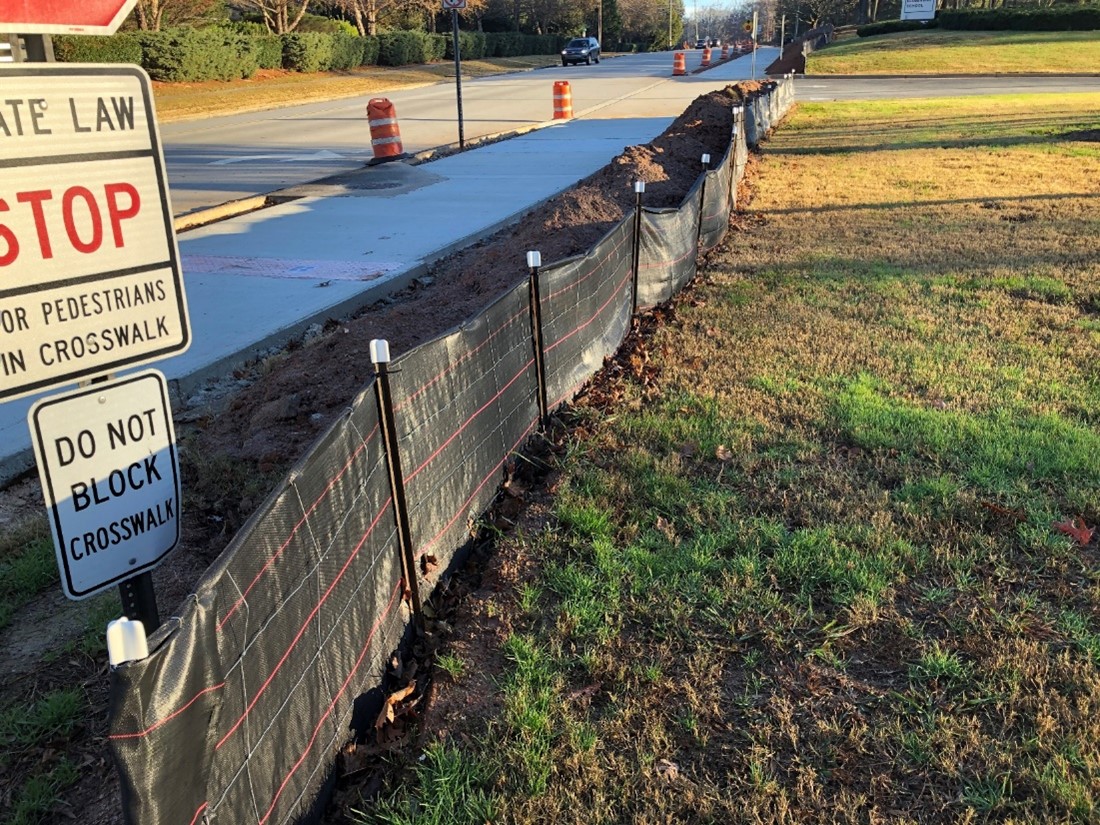 Small improvements have also been installed in the Council Chambers at city hall to provide a separation on the dais between council/authority seats.  These will supplement the mask controls for the space and we have added air cleaners to the building to help clear the air.

We are also pursuing improvements to the Eagle theatre to address the unusual side-effects of a half-empty, socially-distanced auditorium. 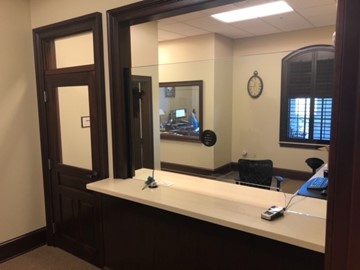 Construction of the new fields made significant progress in November and early December.  Advanced Sports Group, the city’s general contractor is expecting to conclude the project near the end of January with final completion expected later in the first quarter of next year. The work and progress to date is being coordinated with the various user groups, leagues, and programs in the park. 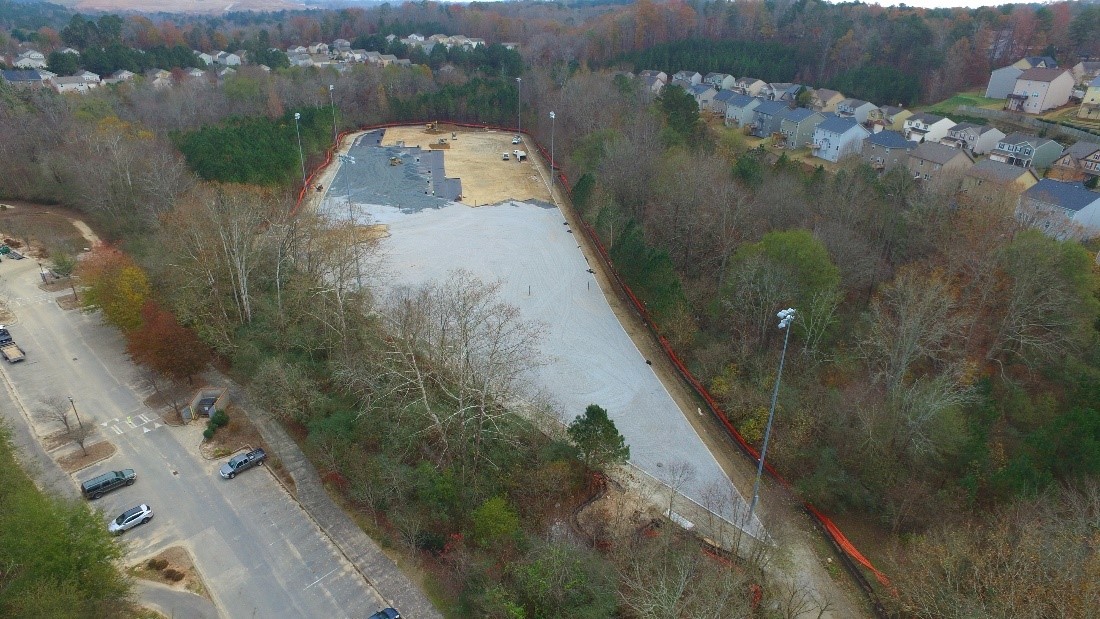 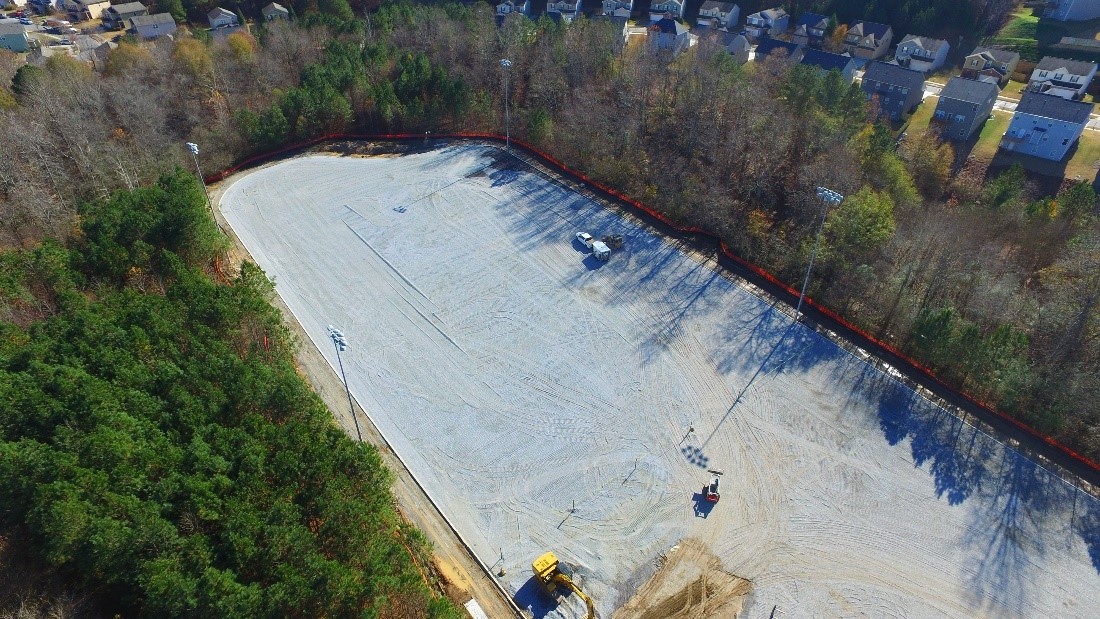 Art/History Room Buildout at Broadstone.  Stonepoint, the city’s general contractor has completed 90 % of the electrical, heating and air system, and installed drywall.  The next steps involve the storefront glass and doors for the space along with millwork, built-in desk and lighting. 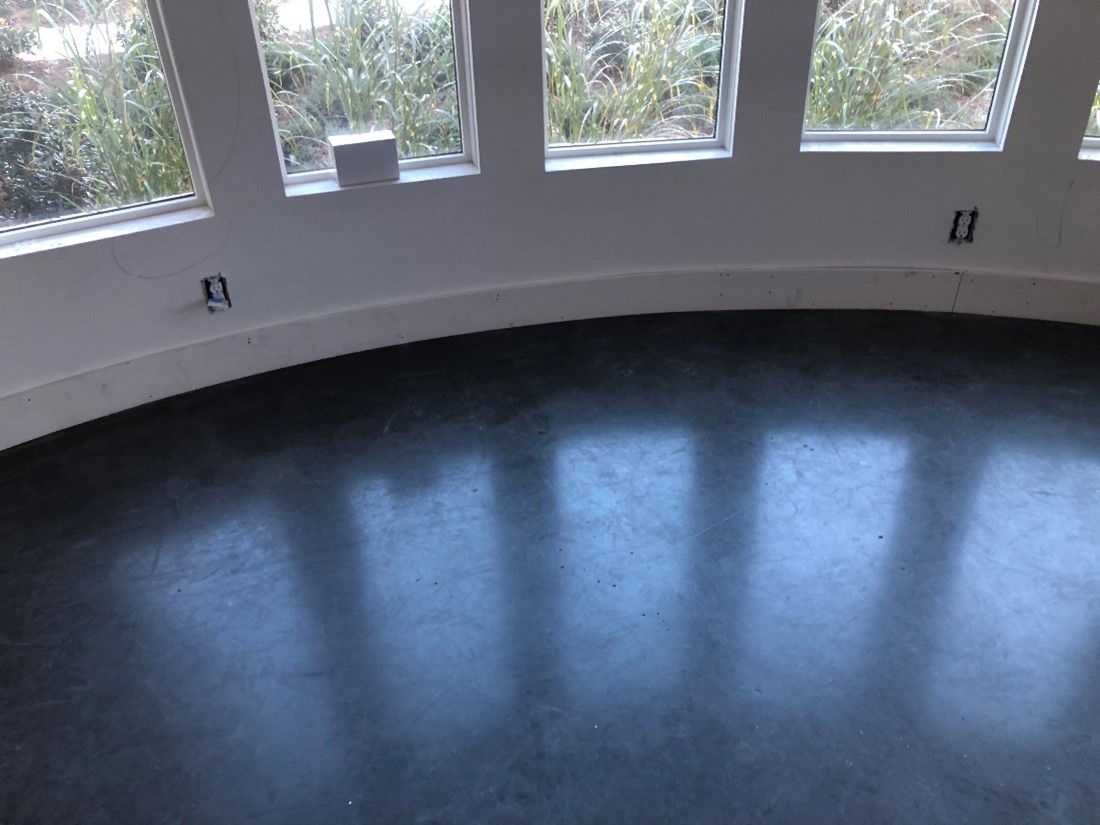 Wall base is installed around the curved windows of the gallery space.  Floor has been polished and stained. (Dec. 8, 2020)

Sweet City (22Ac.) Park.  Our design team is on the front end of the design of the first phase of improvements at the park whose preliminary scope is set to include a parking lot, pavilion, pond repairs, walking paths, and restroom building. 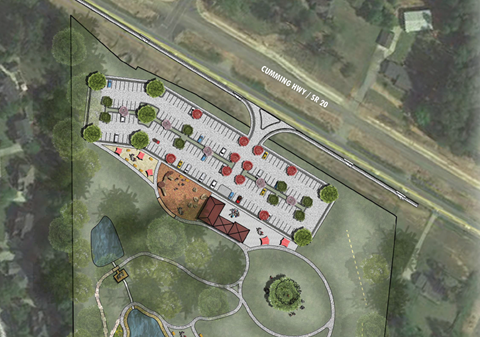 Early concept showing the northern end of the proposed improvements.